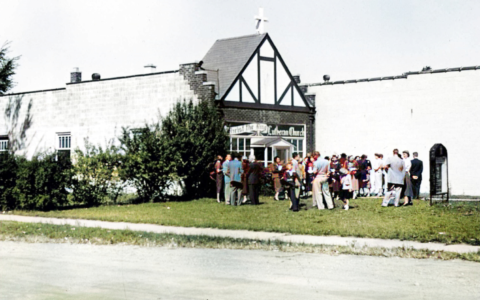 Christ the King Lutheran Church had its inception in 1940 when the English District of The Lutheran Church – Missouri Synod opened a preaching station in Grosse Pointe Woods. The Mission Board of the English District called the Rev. Wilbert C. Burmeister to serve the congregation as its first resident pastor. The congregation was organized on January 27, 1941 under the name of Calvary Lutheran Church with ten charter voting members. When Pastor Burmeister accepted the Call of another congregation in 1945, the Rev. Walter J. Geffert of Kingfisher, Oklahoma, was called to serve Calvary Church. He was installed as pastor on October 14th, 1945.

A permanent church site on the corner of Lochmoor Boulevard and Mack Avenue was secured in 1947. It was at this time that the name of the church was changed to Christ the King. On October 18, 1953 the congregation dedicated a Tudor Gothic style chapel with a seating capacity of 300. The building is faced in Tennessee ledge rock and trimmed with limestone. The following decade saw the membership of 168 communicants grow to approximately 550. Having outgrown its facilities, Christ the King launched an expansion program to meet the needs of the congregation and the community.

Our present church building was dedicated March 15th, 1964. Its overall dimensions are 122′ by 48′ incorporating a bell tower 45′ high. The normal seating capacity of the nave is 475. The architecture follows the modified Gothic lines using the same type of stone as the original chapel.

In 1986 Christ the King began a preschool program for the community. It has provided an excellent education in Kindergarten preparedness as well as a deep foundation in the Christian faith for hundreds and hundreds of children over the last 29 years.

Christ the King dedicated our third major building project on September 11, 2005 adding a dedicated preschool wing to our educational space and expanding the administrative offices and workspaces, installing a large elevator, adding a small prayer chapel and conference room.

October 2015 marks the 75th Anniversary Year of Christ the King Lutheran Church. We thank God for His mercy and grace in establishing us in this place to share the Good News of Christ’s death to bring everlasting life and salvation to the world through the forgiveness of sins.

But let him ask in faith, with no doubting, for he who doubts is like a wave of the sea driven and tossed by the wind.
James 1:6 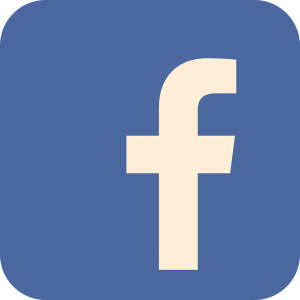